Washington, D.C. – The National Association of Railroad Passengers (NARP) honored Shamonda Jones, senior manager of Metra Commuter Rail in Chicago, with the Dr. Gary Burch Memorial Award during NARP’s April 12th congressional reception. Jones was nominated by Metra’s leadership for her dedication to fostering a culture of safety among the 40 dispatchers who ensure the safety of the 300,000-plus passengers who ride Metra every day.

“Getting America’s rail passengers to and from their destinations safely should be a top priority for any commuter organization, and Shamonda Jones has shown a professional dedication to this ideal that has helped Chicago do so effectively for nearly 1,300 Metra, Amtrak and freights trains each day,” said Jim Mathews, president and CEO of NARP. “Ms. Jones’ commitment to safety and her desire to continue to improve the operations of commuter rail truly reflects the significance of the Burch Memorial Safety Award.”

Metra leadership nominated Jones not only for her commitment to safety, but also for an initiative she led to audit and overhaul the Train Dispatcher Control Operators manual. Jones recognized the advantages of developing and implementing a universal set of instructions for dispatchers in Chicago that would keep all dispatchers following the same guidelines, and reduce the chances of miscommunication between trains. Along with the award, Jones will receive $1,000 from the Burch Family. 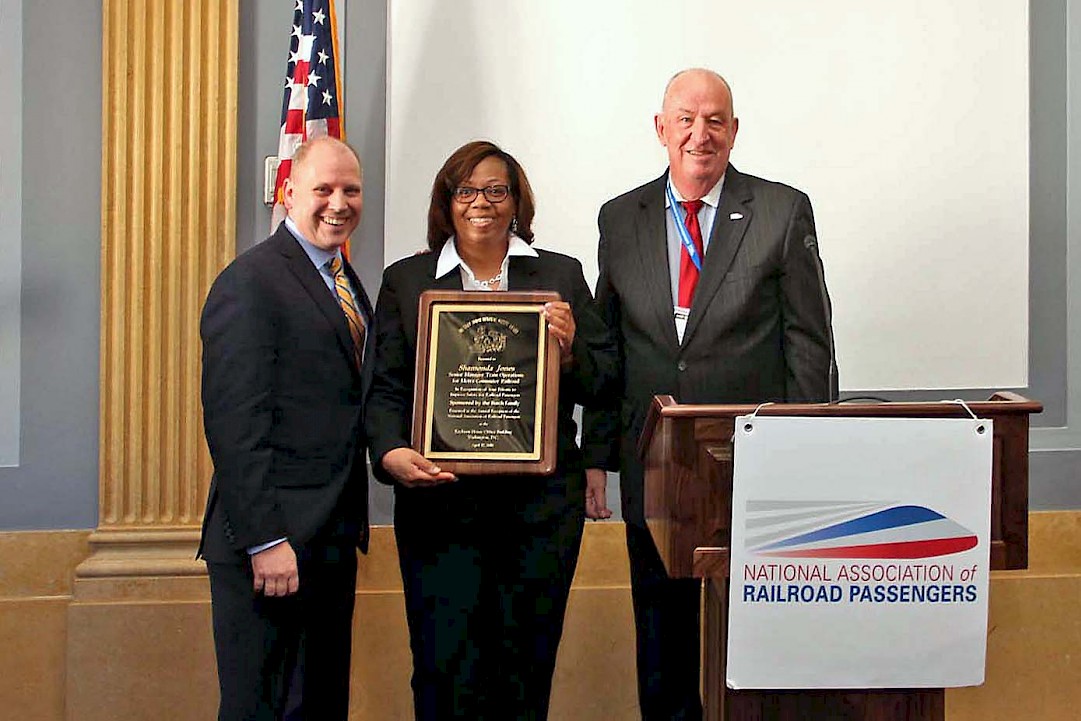 “We are extremely proud of Shamonda and the way she’s worked with our dispatchers to help Metra keep our train operations both safe and efficient so that our commuters get where they need to go every day,” said Metra Executive Director/CEO Don Orseno. “Her dedication to Metra and increasing passenger safety has helped us advance and improve our operation, so that we can continue to make the safe passage of our commuters our primary focus.”

The Burch Memorial Safety Award is bestowed in memory of Dr. Gary Burch, one of eight passengers who died in 1991 following the derailment of Amtrak's Silver Star in Camden, S.C. The Memorial Award was established by the Burch family to recognize the women and men who dedicate themselves daily to ensuring safe passage of America’s train travelers—and to advancing the cause of safety among officials and policymakers. Past recipients include engineers, conductors, design managers, and safety liaisons from a variety of organizations like Amtrak, Union Pacific and Norfolk Southern.

The Dr. Gary Burch Memorial Safety award was presented to Jones during NARP’s annual Congressional Reception, which follows NARP’s “Day on the Hill.” The Day on the Hill provides a forum for NARP members and Council Representatives to meet with elected officials and share the organization’s vision for robust passenger rail system in the U.S., as well as members’ local needs within their respective communities and states. More than 100 NARP members plan to participate in “Day on the Hill,” and will meet with hundreds of congressional offices.