Will Cincinnati's leadership learn from past mistakes?

Cincinnati once again has been stopped in its tracks trying to improve the lives of community members and business developers by a misguided and selfish political agenda. This is at least the second time a Cincinnati Mayor deliberately shut down a project that didn’t quite align with his plans for the city. I call them “his plans” because the decision was not based on what was best for the community. 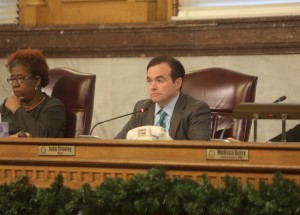 In 2002 Cincinnati Mayor Charlie Luken and Congressman Steve Chabot actively opposed a project called “Metro Moves, calling it a “boondoggle”. This project, associated with issue 7, would have provided light rail service from downtown to the airport and several suburban destinations, and made use of another infamously abandoned project, a stillborn subway created in 1916. This kind of of political disruption of urban development in the city of Cincinnati is not uncommon.

The theme plays yet again with the current Cincinnati Streetcar, even with community and private investment backing for the project. Mayor John Cranley has made it his mission to discontinue the current streetcar project since his election into office. The $5.4 million in funding from the Federal Transit Administration and funding from numerous private investors is not enough to convince city council members and Mayor Cranley.

In the long term, the benefits to citizens outweigh the costs. That is why yesterday (December 4), the vote to pause constructioncame as a disappointment to the city of Cincinnati. One local private donor came brought the streetcar’s significance into sharp relief when he offered to pay $75,000 a day for seven days to fund scaled-back construction. The Haile Foundation also offered to pay for the independent study on associated costs to continue construction:

The project is now being audited after having almost been one third of the way completed, a uniquely irregular practice. This pause is part of a deliberate sabotage of a project that would afford Cincinnatians jobs, apartments, homes, and economic prosperity.

NARP implores Mayor Cranley to set his bias against passenger rail aside and do what’s right. He should respect the responsibility he has to his constituents to govern wisely and complete a project that has been in the making for close to a decade. He should not spend millions so that the city can proclaim that it has accomplished nothing. He should not contradict the overwhelming majority of speakers at the recent hearings that have spoken in support of the project. He should not reject the millions of private dollars pouring in around the project, thereby marking Cincinnati as a place unfriendly to business. He should, perhaps, consider leaving a legacy behind that will make a dramatic impact on Cincinnatians for generations to come.