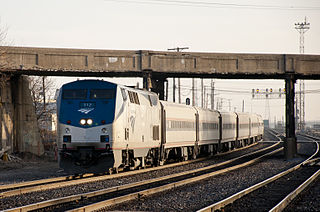 If you’ve ever traveled on the Northeast Corridor during the Thanksgiving holiday, you’re probably used to arriving at the station and finding the platforms teeming with travelers and their bags. You’re probably also used to the sight of your Amtrak train pulling into the station without the typical consist of Amfleets. Instead, you’ll often see borrowed commuter cars from NJ Transit and MARC; a necessity given the crush of passengers. And, at every station along the Corridor, you can spot more passengers lining the platform. If they’re not about to board your train, then they’re likely waiting for one just after yours.

Soon, these stories won’t be limited to the Northeast Corridor. Recognizing additional demand on top of this year’s record ridership, Amtrak has announced that they’re adding additional frequencies to some of their most popular routes for the Thanksgiving holiday. As may be expected, heavily traveled corridors such as the Keystone between New York and Harrisburg and the Empire Servicebetween New York and Buffalo will host many extra services to accommodate the Thanksgiving rush.

What’s different about this year is the number of extra frequencies Amtrak’s adding on many of the other state-sponsored corridors. On the Wolverine route between Chicago and Pontiac, the railroad has planned an extra 18 trains that will connect the university communities of Ann Arbor and Kalamazoo to the Windy City. In Illinois, two extra trains will run between Chicago and Quincy on December 1, supplementing the Carl Sandburg and Illinois Zephyr. Additionally, on the Chicago-St. Louis line, there will also be two extra frequencies between Chicago and Bloomington/Normal. Finally, in Washington and Oregon on the Cascades route, Amtrak’s added an extra two trips in each direction for the holiday period.

The need for these extra frequencies should come as no surprise to rail advocates. After all, as NARP Blog has reported time and time again, ridership is at all time highs. More and more Americans are climbing aboard, eschewing crowded highways and the hassles of airport security for the freedom and relaxation of a train ride. And they are doing it all across the nation that defies the narrative that asserts that the Northeast Corridor is the only viable market for passenger trains.

Consider the Illinois and Michigan state-sponsored services. These have been steadily growing in popularity both with the traveling public and local politicians, and the sheer number of extra services added indicates that these trains have truly arrived as part and parcel of America’s passenger train network. Regular ridership is so high that existing frequencies cannot meet the holiday demand, a good sign for the services’ future prospects.

Recent political developments have shown that, despite all evidence to the contrary, many national and local politicians still believe that Amtrak represents a poor use of public funds. Perhaps the best way to refute that would be a trip to your local Amtrak station over the Thanksgiving holiday. The crowds don’t lie: trains are part of the answer to not just the holiday travel rush, but to constant year-round demand.