As we watch Ross Capon move on from his role as President and CEO of NARP, we find it impossible to adequately express the impact he has made over his thirty nine years at NARP. In this Railway Age article, Eugene Skoropowski accomplishes just that -- putting into words not only what Ross has done for NARP but for all rail passengers across America.

"Perhaps the most telling moment revealing Ross Capon’s knowledge and respect on Capitol Hill came at a NARP Board of Directors meeting in the late 1980s. The Vice President for Government Affairs of the United Transportation Union (UTU) came to speak to the NARP Board. During his remarks, he commented that Ross Capon, functioning on NARP’s “shoestring budget” from a collection of individual citizens, had achieved more credibility and effectiveness in Washington and with Congressional members that he had with his well-funded PAC and multi-million-dollar annual budget to represent UTU interests. This was an enormous tribute to Ross, coming from one of the largest rail labor organizations in Washington.

People in Washington know Ross Capon. They know that Ross knows what he is talking about when he speaks about passenger rail issues. They know that Ross has nothing personal to gain from being an advocate for the tens of millions of rail passengers across our country. NARP as an organization has been associated with the name Ross Capon, and NARP’s credibility has been established and enhanced by Ross’s tireless work and dedication to the cause of representing the interests of passenger rail, in all its various forms. For many in the industry, NARP is Ross Capon, and Ross Capon is NARP. This is an accomplishment few can achieve, at any price."

As befits a four-decade career fighting for more and better trains in America, the full article includes much, much more. You can find it here. 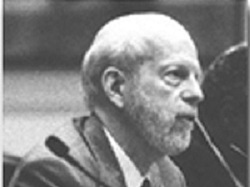