Shovels in the Ground for California's High Speed Rail Line 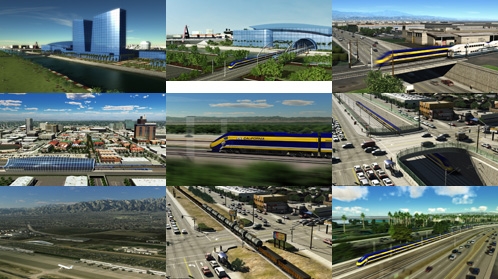 Contractors are currently building a test piling near Madera, which will be anchored 80 feet below ground and secured with cement. This structure will not actually be part of the line; rather, the piling will be stressed until it breaks, providing necessary load-bearing data for engineers to safely design the viaduct system to support the train. Builders plan on using these tests to begin installing pilings later in the summers.

This milestone comes after last week’s budget deal by the California state legislature which will provide a dedicated source of funding, a tremendously important component for ensuring that construction advances as planned. The San Francisco – Los Angeles bullet train also received a boost from the Mineta Transportation Institute report “Modal Shift and High-Speed Rail: A Review of the Current Literature,” which predicted the California system would share in the global success seen by high speed rail systems:

“Essentially, the literature affirms that HSR has resulted in dramatic or significant transportation mode shifts where it has been introduced and systematically evaluated. In both Europe and Asia, HSR systems have greatly reduced or even curtailed air service when serving the same routes. The most dramatic effects of HSR ability to attract market share have been frequently observed under specific circumstances. It is reasonable to conclude that these factors will likely apply to the California HSR system, as well.

“Economic competition is not the objective. Most of the literature explored in this analysis explicitly uses the concept of competition to explore modal shift, although competition in the sense of economic battle is not the ultimate objective for HSR systems. Rather, these systems are intended to advance a number of policy goals, including environmental objectives, more rational allocation of public infrastructure, and other goals. To achieve these targets, significant modal shift to HSR is paramount, and hence the emphasis on competition in the literature. This competition assumes a diversity of forms, but it tends to focus on point-to-point travel times, costs, and quality of the travel experience.”

All these signs point to 2014 being the summer that California’s high speed rail project overcame the early obstacles.