Washington Post columnist Robert J. Samuelson is a conservative who recently sounded very reasonable notes on the subject of climate change, echoing arguments NARP has often made in favor of using higher taxes on the users of other modes to fund the ramped-up expansion and modernization of America’s passenger train network. He quotes MIT Economist Robert Pindyck, who says the results of climate change could be either much worse or much milder than the predictions of computer models, which he finds totally inadequate. Samuelson’s bottom line: “For years, I’ve advocated an energy tax — my preference now is a carbon tax — because it could advance other national goals. It could reduce budget deficits and enhance energy security by pushing consumers toward more efficient cars and trucks. That’s my standard: Support policies that, though they might address climate change, can be justified on other grounds.”

Samuelson doesn’t mention trains and transit—he is no friend of Amtrak—but the carbon tax he supports would help incentivize people to use trains and transit more. Increased investment in passenger rail perfectly meets his standard. Given the record numbers of people who are already turning to trains for their travel needs, offering more routes and frequencies with faster, more reliable schedules will mean more people move by train instead of by car, resulting in much lower carbon emissions per passenger. But the “other grounds” on which ramped-up rail investment can also be justified includeeconomic development, especially in downtown cores around train stations, and enhanced mobility, both for seniors who can’t drive or fly as easily, and for young adults who desire car-free or car-lite lifestyles.

Putting a price on carbon, by creating an even greater spike in demand for passenger train and transit services that we’re currently witnessing, should give more elected officials the political will to invest in expanding these services. Pricing fuel more appropriately is the right thing to do for the planet’s future. It also will spur a flurry of job-creating economic activity aimed at energy efficiency, particularly in the transportation sector. Samuelson notes that carbon tax revenues would reduce the federal deficit—they would do this both through directly creating a revenue stream and through promoting a new energy and transportation economy, which would produce further tax revenues. 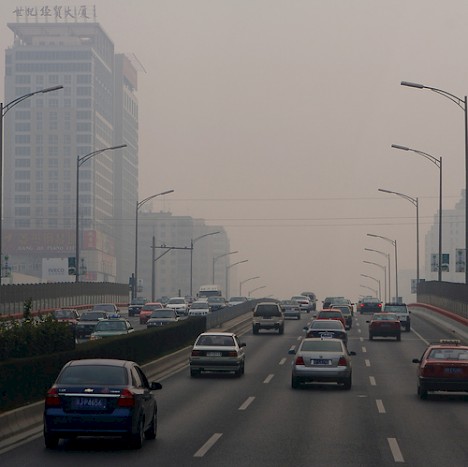 Carbon taxes will only work as a global emission reduction strategy if countries like China go along, Samuelson observes. While China certainly is overly coal dependent, its government is beginning to respond to public outcry over dirty air and water. Indeed, World Energy Outlook 2013—the latest annual report from the International Energy Agency – predicts “renewables will account for nearly half of the increase in global power generation to 2035—with China generating more than the US, Japan and the EU combined” (Salon).

And, of course, China’s transportation system sports the world’s fastest-growing network of electrified high-speed rail lines. These investments were driven primarily by the fact that demand for transport far exceeds capacity. For reasons tied to both economics and ecology, the United States must adopt a similar attitude towards the future of transportation if we are to have a prosperous 21st century.