The government of Scotland yesterday opened up bids on a ten-year contract, starting in 2015, to provide improved passenger service on Scotland's many scenic rail lines. The agency committed to making these services "emblematic of the best of Scotland."

Not only does this offer an enviable model for a passenger-friendly requirements to be included in a passenger train operating contract, it also has the potential to be an exemplary public-private partnership, with direction and funding from the government, but the actual operation and passenger experience in the hands of the private operator. 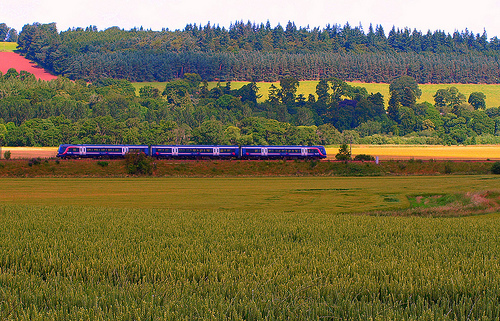 The Scotsman newspaper has the details:

Transport Scotland said: “The trains would make the most of Scotland’s internationally-renowned tourists routes,

“It’s about providing a showcase for Scottish catering and reflecting local Scottish produce.

“We hope the trains will become justifiably famous.”

You can read the whole thing over at The Scotsman.