In yesterday’s post Malcolm Kenton delved into a new service offered by the U.S. government that will allow for better information for home buyers with regard to associated costs of ownership- including proximity to transportation infrastructure. It is remarkable that in the late 19th century, these costs were not only known and felt, but were also crucial in deciding where to live.

This cost-conscious mentality led to building many of the very cityscapes which now find themselves in the midst of a remarkable renaissance. The high transportation technology of the day, the trolley, led to the development of the first suburbs away from what were then very dirty cities. Still, given the need for proximity to transportation infrastructure necessitated a certain close knit, and pedestrian friendly quality— factors that make these early neighborhoods very attractive today.

In contrast, the negligence of these factors came along with the perfection of the automobile as a technology, the large government subsidies to roads, and perhaps most importantly, the incredibly cheap price of energy. The suburban sprawl which resulted from those conditions is now very expensive to maintain for a myriad of factors. 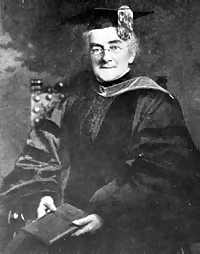 Perhaps the most radical revelation is the fact that this information was apparent as early as the gilded era, as Reconnecting America discovered in 2009 in Scott Bernstein’s excellent analysis and lecture “Are we driving to the poorhouse in an automobile?”:

“Ellen Swallow Richards, who introduced home economics into the high school curriculum in the early 1900s, preached that transportation costs should never rise above 5 percent of income and that one should never go into debt to buy a car. Ironically, drivers training eventually crowded home economics out of the high school curriculum, and today young people routinely go into debt to buy a car.”

Perhaps even more remarkably, Ellen Swallow Richards accurately ordained the astonishing amount---about 1/5, or 20% of an average modern day families’ income that would go to automobile transportation. She was a gifted economist: the rate has remained current and relevant during the course of a century. Watch the lecture for more remarkable revelations, from the origin of coffee shops, to how the rate of growth of streetcar systems in the united states mimicked that of the internet, again, a century later.