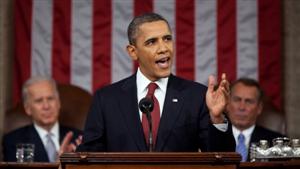 The Obama Administration released its budget request for Fiscal Year 2014 today, and the President has once again put forth a bold plan for transforming and expanding train service in the United States, with $40 billion in passenger rail investment over the next five years.

The Administration’s budget allocates $6.6 billion to the Federal Rail Administration for fiscal 2014, with increasing amounts each subsequent year through 2019, then decreasing amounts to 2023. The request will be a boost for Amtrak, coming a day before the House Committee on Transportation holds a hearing on the railroad’s FY 2014 budget. The hearing, Amtrak’s Fiscal Year 2014 Budget: The Starting Point for Reauthorization [which can be streamed live] will address Amtrak’s funding needs, as well as the coming rail reauthorization (the current law will expire at the end of this September). Amtrak announced yesterday it had set a new ridership record during the first half of this fiscal year, and will be looking to translate its steady increase in popularity into an increase its funding for badly needed equipment purchases and infrastructure upgrades.

Passage of a reauthorization bill this year is uncertain, but the appropriations committees will determine how much federal funding each program gets. Secretary LaHood is scheduled to appear before the House Appropriations transportation subcommittee on Tuesday, April 16, at 10 AM ET. No date is available yet for the usual Amtrak-specific hearing.

Because the Administration’s funding structure is new, it’s hard to provide a direct comparison to past passenger rail funding. Broadly, however, President Obama’s $6.6 billion request breaks down into the following pots:

President Obama has put forth similar proposals in the past, and the biggest obstacle to implementing the program remains identifying new sources of funding. The Administration identifies the “peace dividend”—money saved from drawing down the wars in Afghanistan and Iraq—as a major source of funding. However, House Republicans have rejected this proposal in its previous iterations.

The new structure of the rail program could also be a tough sell on Capitol Hill. The Administration is proposing that rail funding become part of the Highway Trust Fund (it would be repurposed into a "Transportation Trust Fund"). This would eliminate Amtrak’s dependence on the annual appropriations cycle, moving it a grant structure similar to highways and transit. However, the Highway Trust Fund is already struggling, requiring bail-outs from general revenues totaling over $50 billion since 2008.