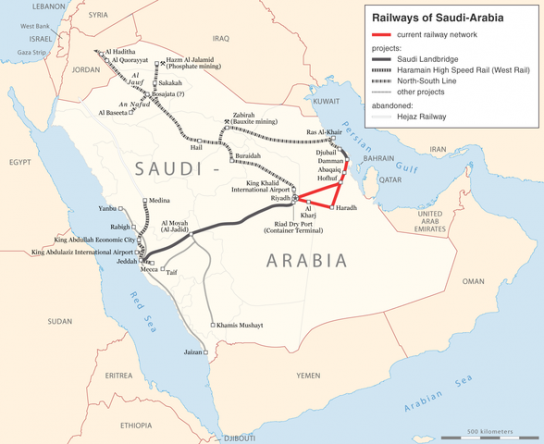 Despite record decreases in government spending across the globe as well as the persistence of anemic economic growth, many countries are making heavy investments in improving existing passenger rail services, as well as constructing new ones. Whether these investments take the form of constructing new lines or introducing new technologies to improve existing services, both public and private stakeholders recognize that passenger rail can be the key to economic growth.

Saudi Railway Organization President Mohammed Bin Khalid M. al-Shwaiket agreed with this sentiment when he announced his country’s $97 billion investment in new rail lines. Saudi Arabia, he said, acknowledges that “rail transport is a vital support to growth and development in any country.” The kingdom is investing in new lines to connect cities, ports, and industrial areas across the country. By 2040, the proposed lines will link the capital Riyadh with the major ports of Jeddah, Damma, and Jubail, more than doubling existing trackage. Endorsed by the World Bank, these projects will allow for increased passenger and freight capacity within Saudi Arabia, and support other rail projects in the region. In conjunction with its fellow Gulf Cooperation Council states, Saudi Arabia will participate in the construction of a combined passenger and freight railway extending from Kuwait in the west, all the way to Oman on the eastern end of the Arabian Peninsula. This railway will be the first to link the peninsula east-to-west, and will support regional goals of economic and political integration.

In India and Russia, the challenges facing passenger rail are different. While both nations have long had developed, dense rail networks, passenger traffic shares the same rails as freight, leading to congestion. The solution embraced by both governments is to build dedicated routes for high speed operation. Building on the success of the Sapsan service between Moscow and St. Petersburg, Russian Railways announced its intention to build $157 billion worth of high speed lines throughout the country. Linking the capital Moscow to major centers such as St. Petersburg, Kazan, and Sochi (the host of the 2014 Winter Olympics), these lines will represent a substantial improvement over existing services. Russian Railways CEO Vladimir Yakunin observed that in the case of the Moscow-Kazan line, high speed service would allow for current travel time to be cut from 11 and a half hours to a mere three and a half. In India, Japanese assistance will make construction of a high speed line a reality. A recent declaration by Prime Ministers Mahoman Singh and Shinzo Abe stated that Japan will provide more than $1 billion in loans to India for the construction of a high speed rail line between the western cities of Mumbai and Ahmedabad. These cities, the first and fifth largest in the country respectively, will be the first in India to be linked by a high speed rail line.

Even in the developing world, the benefits of passenger rail are widely understood. The South African firm Transnet Engineering announced that it was developing a prototype locomotive that will be better suited to track conditions prevailing through most of Africa. As the majority of African rail lines date from the colonial era and suffer from years of damage and neglect, conventional locomotives wear out due to the strain placed on dynamic braking systems. Transnet’s new engine, however, is different because it uses a hydrodynamic traction system that will be more resilient to stresses caused by poor track conditions. Additionally, using such a system will increase overall unit power and allow for longer trains; an indispensable advantage for railways operating with limited budgets.

American policymakers should watch India, Russia, Saudi Arabia, and South Africa with great interest. At a time when countries across the world are doubling down on investments in passenger rail, is it really prudent for Congress to contemplate the destruction of Amtrak’s national network? Even with limited fiscal resources, other national governments understand that investment today in intercity passenger rail will produce tremendous gains tomorrow. There is no reason the United States cannot do likewise.