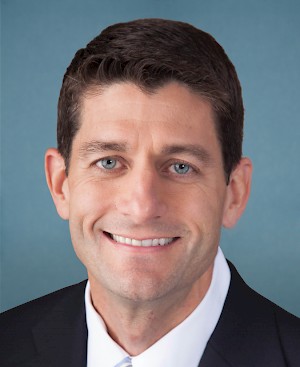 House Ways and Means Committee Chairman Rep. Paul Ryan (R-Wis.) said that the U.S. should not raise gas taxes, but rather look elsewhere for solutions to the continued failure of national highways to pay for themselves during June 17 hearing.

Ranking committee member Sander Levin (D-Mich.) stated that long-term solutions for the continued and long-term funding of the Highway Trust Fund were necessary, but the short term should not be forgotten either. The trust fund expired on May 31 and is currently operating under a patch that ends on July 31. The National Association of Civil Engineers gave American highways a D+ overall rating for reliability and safety.

Levin also noted that current projections show a $1.3 billion investment in infrastructure repair would add 29,000 construction jobs, give $2 billion in returns, and reduce the federal deficit by $200 million.

Congress has put $65 billion into the Highway Trust Fund from the general fund in the past few years, said Chad Shirley, deputy assistant director for microeconomic studies at the Congressional Budget Office. He said the federal government has three options to make the Highway Trust Fund solvent: reduce spending, increase the size of the fund through taxation or work with private companies to lower the burden on the government.

Robert Poole, director of transportation policy at the Los Angeles-based Reason Foundation, offered up two principles for the HTF: first, the highways should be based on a user pays–user benefits system, which use of the general fund to keep highways working violates, and second, to examine federal budgets to determine what is and is not necessary. To this end, he suggested cutting the maximum federal-to-state funding for roads down to its previous level of 1:2, rather than the 49:51 that currently exists.

Bill Graves, president and CEO of the American Trucking Association and former governor of Kansas, noted that no alternatives to the gas tax had been seriously discussed in Congress since the last gas tax increase in 1993. Raising the gas tax was the least bad of all possible options for keeping the HTF solvent. In his estimation, the gas tax had the advantages of being easy to understand, known to motorists and viable for decades to come, with modifications as needed.

After testimonies were read, some representatives peppered the witnesses with questions, while others used their time to make their positions known through speeches. Chairman Ryan asked if a short-term solution to the HTF’s imminent insolvency existed, to which all three witnesses responded no.

When asked by Rep. Ryan what to do for a future change to prevent problems, Poole stated that the solution had to be phased in and that no long-term solution could be used immediately.

Rep. Levin spoke briefly on the subject, then asked each witness to discuss the benefits and drawbacks of a user pays–user benefits system. Shirley said that such a system could mean that users would be reluctant to use roads due to the higher direct costs of doing so. Poole said that such a system could not only allow the United States to cover its highway costs, but also leave a surplus for other uses as well. Graves stated that it would give some a false sense of security because of its high effects on some and nonexistent effects on others.

Rep. John Lewis (D-Ga.) asked the witnesses to expand on the worst-case scenario if there is no intervention in highway funding practices. Graves responded that the worst-case scenario was already visible: roads would go unrepaired, infrastructure would fail, and the United States would lose a competitive edge in the global economy.

Graves also responded to Rep. Lewis and Rep. Xavier Becerra’s (D-Calif.) questions about how short-term, month-to-month federal highway funding solutions affected state projects, saying that the uncertainty of federal funding made governments fearful. Federal funds disappearing during a project could result in the stoppage of work that was only partially completed.

Rep. Kevin Brady (R-Texas) noted that other countries use large amounts of private infrastructure and asked how to use it in the United States. Shirley responded that privatization of infrastructure was possible, but would not be the whole solution to the problem.

Rep. Richard Neal (D-Mass.) wanted to know why American infrastructure was so inadequate for a nation of hundreds of millions of people, to which Graves responded that while usage of infrastructure had increased since its construction, the infrastructure had not expanded accordingly, leaving ports, roads, and airports under equipped to deal with the amount of traffic flowing through them.

As it stands, the HTF will run out by the end of July, necessitating use of general fund money to supplement it until the end of the fiscal year. Congress appears to be no closer to finding a way to make the HTF solvent than it was before.