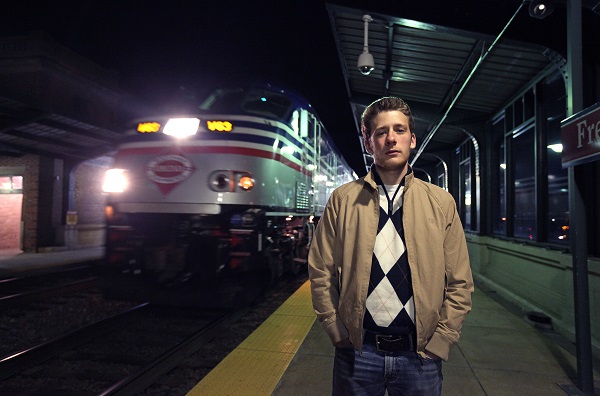 NARP is pleased to welcome University of Mary Washington graduate Maxime Devilliers onboard as an intern. Max is a lifelong passenger train advocate, and will be helping us carry out our mission to build a modern U.S. passenger train network this summer.

Hello! My name is Max Devilliers and I am going to be an intern here at NARP this summer! My interest in passenger rail has been passed down to me from past generations of French train advocates, and I am really excited to be working here at NARP. I live in the Lincoln Park neighborhood of Washington, D.C. just east of Capitol Hill, and I have been a resident of the National Capital Region my whole life. The University of Mary Washington sits at the terminus station on the Fredericksburg Line of the Virginia Railway Express—the commuter train connecting D.C. with the Virginia suburbs. At UMW, I recently received a Bachelor of Science Degree in Environmental Science with a focus on urban planning, economics, and politics. During my studies, I became intrigued by local and statewide politics as well as the mitigated effects of public transport modes such as trains on our environment.

In my spare time, I enjoy walking, socializing, and reading up on the most recent news in mass transit. I can often be found riding Metrorail, Amtrak, or the VRE with a big smile on my face because I know I’m not sitting in traffic. Last October, I started a petition on MoveOn.org demanding that the VRE Board of Operations add weekend and expand weekday VRE service on the Fredericksburg Line. The commuter line, which runs parallel to I-95 from Fredericksburg to D.C., is extremely popular for white-collar workers traveling from the suburbs into the city every morning and back to the suburbs every evening. However, the Board has not added service in many years although the population along I-95 has ballooned since the beginning of the recession, and congestion on the only two north-south routes between Fredericksburg and Woodbridge continues to worsen. I wanted change that would improve the quality of life and the environment in the region, which is why I decided to voice my opinion. NARP helped me on my journey to gain support for the idea, and I was eventually given the opportunity to speak at the monthly VRE Board of Operations meeting where I argued for expanded VRE service. Later on in the meeting, the Board approved a 25-year capital improvement plan that would include upgrades such as weekend and expanded weekday service. The petition has been signed by 611 Americans from around the country thus far.

I have moved back home to Washington, D.C. where I can now walk to the NARP office and Union Station. There are no longer any limits as to where I can go, and I love it. I have wanted to work at NARP since I first spoke with Logan McLeod over the phone and I am thrilled to finally be here, working to do what I believe is right. Passenger rail needs all of the support it can get in this country and I am thankful that I can be a part of its resurgence. During my time here, I look forward to working on the Millennial Campaign that will encourage the youth in our country that are passionate about passenger rail to accomplish their goals in either saving or expanding service. I look forward to these next few months at NARP!