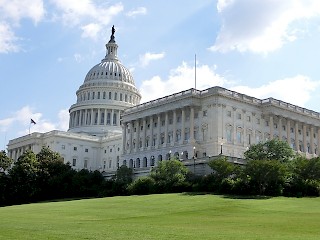 The National Association of Railroad Passengers applauds the pro-expansion ideas contained within theRailroad Reform, Enhancement, and Efficiency Act of 2015 (RREEA 2015), released today by the Senate Committee on Commerce, Science and Transportation.

This bill -- a response to the House’s Passenger Rail Reform and Investment Act of 2015 (PRRIA 2015) -- covers a series of preventable train accidents by creating prioritizing grants to implement Positive Train Control technology and identifying common sense steps to speedily improve safety, such as creating speed limit action plans and addressing crew communication. It also contains a number of extremely promising provisions that—with the proper funding levels—could be used to build the efficient intermodal transportation network that American businesses will need to compete globally in the 21st Century.

• Section 213: Amtrak Board Of Directors: By reorganizing the Amtrak Board of Directors, the Senate rail proposal takes a huge step in recognizing the regional nature of the U.S. transportation network. RREEA 2015 restructures the board to ensure balanced regional representation, with two individuals representing the Northeast Corridor, two individuals representing long-distance routes, two individuals representing state-supported routes, and the last individual free to represent the Northeast Corridor, long-distance routes, or state-supported routes. For many Americans, it’s not “Amtrak,” it’s “my train.” Policy should reflect this fact by ensuring that each business line has an equal voice in Amtrak’s planning process. Importantly, the proposal protects continuity by stipulating that none of the existing Amtrak board members’ terms shall be affected by enactment of the law.

RREEA 2015 includes critical provisions that, if properly funded, will serve to fuel the expansion of the passenger rail network and increase frequencies. This is a huge departure from previous proposals that have sought to confine expansion to the Northeast Corridor while freezing or shrinking the footprint of the National Network.

• Section 203: State-Supported Route Committee: RREEA 2015 establishes a committee to promote mutual cooperation and planning on State-supported routes, providing a much-needed resource to aid in the recent transition from federal to state responsibility for operating costs. Committee will include representatives from Amtrak, the U.S. Department of Transportation, states, and public stakeholder groups.

• Section 204: Route and Service Planning Decisions: Requires Amtrak to contract with an independent entity to objectively determine what intercity rail passenger transportation routes and services it should provide—including the establishment of new routes, the elimination of existing routes, and the contraction or expansion of services or frequencies. While potentially problematic, the Senate’s proposal establishes a comprehensive framework for analyzing a route that recognize the unique benefits rail service provides. These metrics include:

• Connectivity a route provides as part of the national network;

• Transportation needs of communities and populations that are not well served by other forms of intercity transportation;

• Financial and operational effects on the overall network, including considerations related to shared and indirect costs;

• Views of states and communities served by the route.

• For which planning, design, environmental reviews, equipment acquisition, and construction have been completed or almost completed;

• That would restore service over routes formerly operated by Amtrak;

• That would provide daily or daytime service, where such service does not previously exist;

• That include private funding (including funding from railroads);

• That would provide service to regions and communities underserved or not served by other intercity public transportation;

• That would foster economic development, particularly in rural communities and for disadvantaged populations, and provide other non-transportation benefits;

• That would enhance connectivity and geographic coverage of the existing national network of intercity passenger rail service.

• Section 302: Federal-State Partnership For Passenger Rail Rehabilitation and Improvement: This proposal is intended to provide financing for capital projects that will address the state of good repair backlog that is hindering the efficient operation of U.S. trains and preventing growth across the national network. The partnership will prioritize investment in projects with a 50/50 federal-state funding share.

Section 207: Food And Beverage Policy: RREEA 2015 codifies Amtrak’s pledge to eliminate operating losses on food & beverage service through increased efficiency. The bill, however, gives Amtrak needed flexibility to enact this program, as well as introducing two new pilot programs that recognize a fundamental fact that NARP has educated lawmakers on for years: providing quality food service is an essential part of getting customers onboard, and any proposal that erodes Amtrak’s ability to provide a quality product will hurt the railroad’s bottom line. These pilot programs will address two specific aspects of the passenger experience:

• Local Food & Beverage: RREEA gives Amtrak six months to set up a pilot program for State-supported routes to allow passengers to buy local food and beverages, as well as take part in special events centered on local food and beverages. Amtrak runs through some of the most productive wine country and farmland in America—embracing that regional identity is sure to attract passengers willing to pay more for a quality experience. These special products must help the State-supported routes bottom line.

• Section 401: Highway-Rail Grade Crossing Safety: RREEA requires the U.S. DOT to develop a grade-crossing action plan, and state rail plans to identify grade-crossings and come up with specific strategies to improve safety. This provides a good framework for identifying problems—timely, given surging freight rail volumes—but a strong federal funding commitment will be required to enact solutions.

• Section 402: Confidential Close Call Reporting Systems: The proposal directs the U.S. DOT to issue a final rule to encourage full participation of the railroad industry in the confidential close class reporting system, including “railroad carriers, contractors and employees of railroad carriers or railroad carrier contractors (including any non-profit labor organizations representing a class or craft of directly affected employees of railroads carriers or railroad carrier contractors).” This provision will help safety regulators gain a better understanding of safety programs and operations by creating a safe space for workers to report incidents that almost resulted in an accident.

• Section 403: Speed Limit Action Plans: Requires intercity and commuter rail operators to submit plans that identify curves identify each main track location where there is a reduction of more than 20 miles per hour from the approach speed, and identify appropriate actions to improve warning and enforcement of applicable speed restrictions, including modification to automatic train control systems and other signal systems, increased crew communication, and any other actions deemed necessary.

• Section 408: Inspections: RREEA requires the U.S. DOT to evaluate current standards for track inspection on high-traffic commuter railroad lines, and consider whether it would be advisable to require workers to travel each main line by vehicle or by foot once every two weeks, and/or traverse and inspect each siding by vehicle or by foot once each month. Given a handful of recent incidents experienced on commuter railroads, reexamining these rules is a defensible precaution.

Unlike PRRIA 2015, which sought to lop off the Northeast Corridor from the rest of the country, the Senate’s proposal creates separate accounts for the Northeast Corridor, State-Supported Routes, and Long Distance Routes. When considered with the other provisions targeted at route expansion in RREEA, this new accounting structure does nothing to threaten the national character of the U.S. passenger rail network.

NARP will work with individual congressional offices, the U.S. DOT, and Amtrak to ensure that these accounts are created in a responsible fashion.

TITLE V—Project Delivery: This provision streamlines the permit process for rail and transit infrastructure by eliminating the need for historical reviews on railroad or rail transit rail lines, or elements of such lines—with the exception of stations—that have been historically used for the transportation of goods or passengers. This will finally expand policies that have been used to successfully speed delivery of road and bridge projects to include intercity passenger rail.

“NARP has worked closely with Senators and committee staffers in drafting this bill. It is not a perfect bill, but it is a huge leap forward in instituting a concrete framework for passenger rail predicated on growth, not contraction,” said NARP President and CEO Jim Mathews. “And it was created in a thoroughly bipartisan way, so we have every expectation that the Senate will advance this bill in as timely a fashion as possible.”

The bill provides $1.8 billion for Amtrak and passenger rail grants in Fiscal Year 2016, steadily increasing funding levels over the duration of the authorization to $2.8 billion in FY 2019. “The funding levels identified by the Senate bill are far below what is required to meet the investment needs of the national rail network, and we will work with Senators to improve those numbers. The upward funding trend, however, is a positive one, and serves as a much-needed antidote to cuts proposed in the House,” said Mathews. “There are a number of incremental investments that Amtrak and states have identified, and if the U.S. were to spend on passenger trains a fraction of what it spends on highways and bridges, America’s passengers would see a dramatic increase in reliability and frequency. It would also allow Amtrak and commuter rail systems to move ahead with the much-needed installation of Positive Train Control, ensuring that American passengers have access to the best safety technology on the market.”