Making the Case for Intermodal Transportation in the Gulf Coast Region 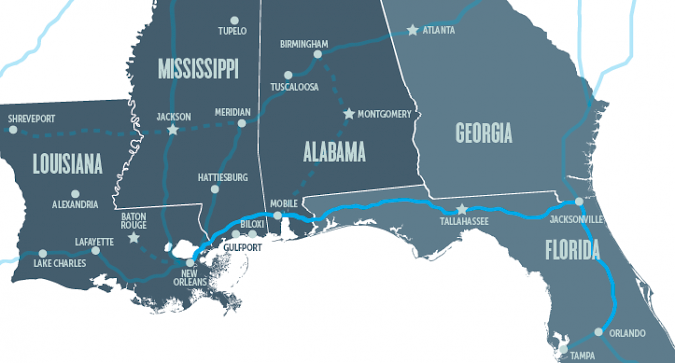 The challenge of seeing that passenger rail is restored to the Gulf Coast has been taken up by the Southern Rail Commission, a group whose members were appoint­ed by the governors of Alabama, Louisiana and Mississippi. The commission has developed an alliance of local elected officials, business leaders, and civic leaders across the Gulf states that are working together for this expressed purpose.

Tonight at 7:00 p.m. at the Ohr O'Keefe museum in Biloxi, Mississippi, the commission is holding a public forum -- Y’All Aboard -- on how the region can work together to boost passenger rail in the region. An intermodal transportation system for the Gulf Coast creates a truly resilient region, enhancing the fabric, character and economies of southern coastal cities and towns, and restoring passenger rail there should be a priority.

The importance of passenger rail service to a community is illustrated by what happened in Hattiesburg, Mississippi. Since a 2007 renovation of its historic train station, Mayor Johnny DuPree said his city has seen an estimated $80 million in new commercial development in the surrounding area. Meanwhile, ridership there has increased more than 60 percent, to 11,500 passengers in 2014. 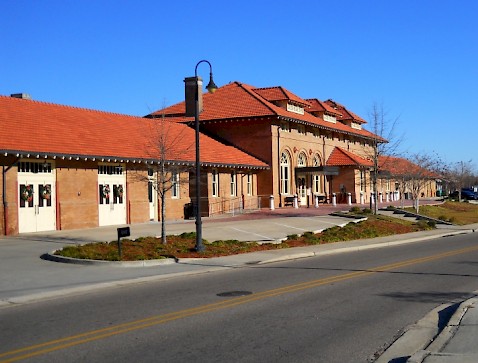 Passenger rail service linking the Mississippi Gulf Coast to the rest of the nation needed a rehab even before Hurricane Katrina hit in 2005. But after the hurricane caused significant damage to the railroad line along the Gulf Coast, Amtrak was forced to suspend service east of New Orleans.

Although the line has since been repaired, Amtrak has yet to restore the service. “Since 2005, NARP has consistently called for restoration of service between New Orleans and Orlando. Our members have made the case for its renewal to their state and local governments, and we have made the case here in Washington,” said Mathews.

An evaluation of service in the region done by Amtrak in 2009 cited poor prior ridership in the years just before Katrina, but failed to mention the principal cause: CSX track maintenance in those years forced as many as one out of every three scheduled trips to be canceled. With the maintenance largely complete and track segments rebuilt, performance should improve and ridership will follow, as it has in every other instance in which on-time performance has been addressed.

NARP knows that the demand for the Gulf Coast service is there. “We’ve long argued that long-distance trains are an integral part of our nation’s public transit network,” said Mathews. “By connecting smaller communities with larger cities, these trains offer Americans an alternative to car travel that they might not otherwise have.”

Seven of the 12 communities between New Orleans and Jacksonville, Florida, whose service was suspended post-Katrina, have no air service, and four have no intercity bus service, leaving those four areas without any public transportation option. “Reconnecting these areas to the rest of the economy should produce a net benefit beyond direct investment in rail service by easing the Gulf Coast’s isolation from access to other markets for travel and tourism revenue,” said Mathews.

NARP believes people should consider intermodal and rail as they would any other transportation investment. “The payoff to a municipality, state or region to invest is not just in farebox recovery, but in whether the transportation fulfills a local or regional need in bringing jobs and the preconditions for a healthy economy and jobs to that area,” said Mathews.