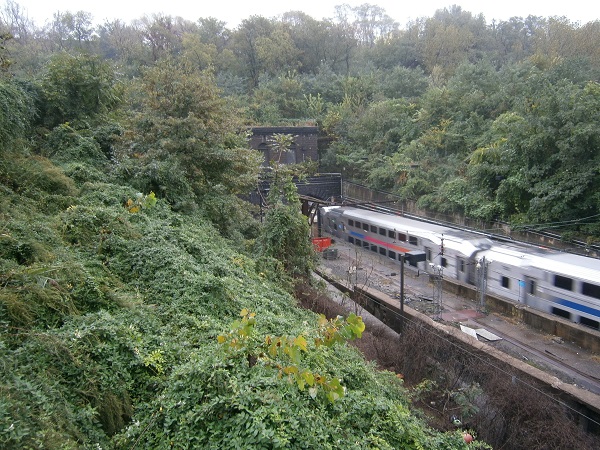 Since their opening in 1910, Amtrak’s Hudson River Tunnels have played a critical role in the Northeast’s transportation network. The tunnels, which connect New York City to the rest of the Northeast Corridor, carry thousands of passengers travelling on Amtrak trains each and every day. Additionally, the tunnels also host passengers travelling on both New Jersey Transit and Long Island Railroad, further demonstrating the tunnels’ relevance to the region. Without them, there could be no rail service to midtownManhattan, an untenable situation for the millions of commuters who rely on trains.

As might be expected, policymakers and engineers have long discussed potential options to replace the century old structures with larger, more modern tunnels. One such proposal, the Access to the Region’s Core (ARC), would have involved the construction of a new tunnel to be used by New Jersey Transit, thus relieving pressure on the older Amtrak tunnels. However, voicing concerns about potential cost overruns and a lack of connection to Penn Station and the Northeast Corridor (the latter an issue that NARP worked hard to bring attention to), New Jersey Governor Chris Christie canceled the project in October 2010, forcing policymakers back to the drawing board. Responding to ARC’s cancellation, Amtrak announced its Gateway Project in February 2011, which would provide two new tunnels and significantly expand capacity in and around Penn Station. While Amtrak remains committed to the proposal, it is not yet known whether or not the railroad will have the funds to complete the job. Congress has yet to make sufficient appropriations, and New Jersey, which will contribute a portion of the costs, has not yet stated what it is willing to contribute.

Arguments over funding and responsibility, however, cannot mask the fact that the present tunnels are in desperate need of replacement. Amtrak CEO’s Joe Boardman’s recent remarks at the Regional Plan Association in New York stress just how dire this need is. He told attendees that the railroad estimated it had “something less than 20 years before we have to shut one or two down”, further noting that such a time frame could vary widely. Boardman also noted that any replacement tunnels would likely take between seven and nine years to design, build, and bring online, underscoring the need for prompt action to avoid a future crisis.

Sadly, it does not appear that there exists much political will to do so. As we reported to you yesterday, the House Appropriations Committee’s envisioned Amtrak budget for fiscal year 2015 reduces the railroad’s capital by $200 million, a step in the completely wrong direction. We’ve argued that the railroad’s record ridership demands more public investment, not less. If we wish to have a passenger railroad network that can serve all Americans and offer fast, frequent, and efficient service, then we must be willing to make the needed capital investment in the service. And any investment we make in passenger rail will reap great dividends. For just $3.9 billion (nearly two billion less than the government subsidy of private airport security commonly called the TSA), we could make record investments in expanding long-distance, state-supported, and Northeast Corridor services, as well as expanding funding for needed programs such as TIGER grants.

Boardman’s predictions about the Hudson River Tunnels’ future stress the need for Washington policymakers to change their tune quickly. Continued inaction will have vast consequences for the nation’s transportation network. It’s no longer a question of inaction delaying the prospect of improved service, or of potentially halting improvements to existing infrastructure. Rather, continued inaction will mean a quite literal collapse of a major portion of the nation’s rail network. Unless steps are taken immediately to design, fund, and build a replacement for the Hudson River Tunnels, there is no alternative to their closure within the next two decades. Closure of the tunnels means the effective immobilization of the Northeast Corridor and billions of dollars in lost economic activity: an unacceptable possibility for a nation still recovering from the Great Recession.

The Northeast Corridor has long been one of America’s most important transportation arteries, and will continue to play this important role in the coming years. But it cannot do so without prompt public investment to modernize aging infrastructure, including the Hudson River Tunnels. Otherwise, we will be faced with a transportation crisis on an unimaginable scale.