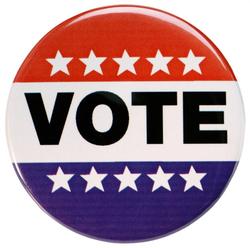 The election results are in, and it’s official: the Senate now belongs to the Republicans, granting the GOP full control of Congress.

So what does this mean for trains?

Make no mistake: there are still individual Republican voices calling for deep cuts to Amtrak. Some of these voices, such as House Budget Chairman Paul Ryan (R-WI), are as powerful as they are dangerous. And while there are many individual Republican members of Congress who support a strong Amtrak, the party’s focus on achieving smaller budgets through cuts to discretionary spending leaves programs such as passenger rail in a murky position.

However, passengers should also realize there is a new bipartisan consensus forming that passenger rail service is a national necessity. In the House, we’ve seen a Republican majority translate to a rail reauthorization that actually provides a slight increase in funding for Amtrak. While this increase is nowhere near sufficient--especially for national network trains—the fact that we’re moving beyond “kill Amtrak” tells us that our work is having an effect.

Passengers must double down on our efforts to educate policy makers. There’s a whole new crop of incoming lawmakers who will be formulating positions on transportation in the coming months. If we want to get new equipment, more frequencies, and critical capital funds, they need to hear from us right away!

That’s especially true at the state and local level, where Amtrak serves Red and Blue towns equally. When you’re on the frontlines of making sure people can commute to work, travel for business, and take a trip to see family, you can’t help but be aware of a simple truth: Americans want more and better trains.

So read our full passenger rail election debrief here [link]. And take a moment to support NARP’s work. These next few months will be critical for Amtrak and transit. Whether it’s $5, $10, or $50, every dollar you give amplifies NARP’s message calling for a modern, passenger-focused national rail network that Americans want.

P.S. If a cash donation is not feasible, then please consider our other ways of giving, including automobile donations, stock donations, and corporate matching (you may have already given a gift this year; you can double it by asking your employer if they match charitable donations).

Impact of 2014 Elections on Intercity Rail

Southwest Chief: The Southwest Chief is facing a 2015 deadline to secure funding for state of good repair upgrades to BNSF’s mainline through Kansas, Colorado, and New Mexico, or face discontinuation of the route. Given anemic federal support for Amtrak, passengers are asking the states to join Amtrak and BNSF in providing $4 million per year over the next 10 years, (after that, the annual costs will drop sharply). That means state and local elections will play an important role in determining the Chief’s fate. Colorado Governor Tom Hickenlooper’s (D) reelection will be good news for advocates, as the governor has positioned Colorado as a leader in the tri-state partnership to save the Chief. Kansas Governor Sam Brownback (R) was reelected, and while Brownback was a critic of Amtrak during his tenure in the Senate, his Transportation Secretary has played a key role in supporting the efforts of communities along the route. Finally, New Mexico Governor Susanna Martinez (R) was also reelected. Martinez may play a pivotal role—she has voiced opposition to state funding to make repairs on the federally designated route, she did sign a bill allocating $50,000 to study a cost-sharing partnership to preserve the train.

Colorado also saw the defeat of Democratic Senator Mark Udall. While Congress has been too gridlocked to play a significant role in the current crisis, Udall was an active supporter of the Chief, and his presence may be missed long-term. There are reasons to be optimistic, however, as Republican Senator-elect Cory Gardner has made public statements stressing the importance of the Southwest Chiefservice to the communities served.

Kashkari campaigned on killing the project, which he dubbed Jerry Brown’s “crazy train.”

All Aboard Florida: Incumbent Republican Governor Rick Scott defeated challenger—and former Republican Governor of Florida—Charlie Crist in the race in Florida. While Governor Scott gained national notoriety for killing the Tampa – Orlando high-speed rail project, when All Aboard Florida announced plans to privately develop a higher-speed service between Orlando and Miami, he was vocal in his support for the train. However, he has gotten quiet about the project in the face of NIMBY opposition, and the Scott Administration nixed a plan to spend $44 million in state funds to link the Tri-Rail system to All Aboard Florida’s terminal in downtown Miami.

Somewhat confusingly, Crist—who was a huge booster of the Tampa – Orlando project--opposed All Aboard Florida, using Scott’s statements of support for the Miami – Orlando train as a tool to campaign against him. He also said he would look at reacquiring the federal grant for the Tampa – Orlando line, even though that money was redistributed to other projects almost four years ago.

While Jenkins is an unknown quantity regarding passenger trains, Rep. Capito has a strong record ofsupporting Amtrak and could be an important Republican voice advocating for the long distance routes.

Impact of 2014 Elections on Commuter & Transit

Connecticut: As of reporting, the gubernatorial race between incumbent Democratic Governor Dan Malloy and Republican challenger was still too close to call.

Malloy has been a strong advocate of commuter rail in Connecticut, particularly in his steps he’s taken to upgrade the New Haven-Hartford-Springfield rail line. Foley’s public statements indicate ambivalence towards transit, with the candidate going so far as to say: “Any purposeful strategy to push people out of their cars and onto mass transit, I really don’t think is going to work.” Somewhat confusingly, Foley has said he would only support toll roads as a means to reduce congestion; it’s not clear what alternative mode he envisions commuters switching to.

Maryland: Republican Larry Hogan defeated Democratic Lieutenant Governor Anthony Brown in Maryland’s gubernatorial race. Hogan has distanced himself from current-Governor Martin O’Malley’s balanced transportation plan—with an emphasis on commuter rail and light rail—going on record to say the state should focus on the backlog in road and bridge maintenance.

“The governor of Maryland has virtually absolute power over the budget,” Ben Ross of Maryland’s Action Committee for Transit told Streetsblog USA. “All the legislature can do is cut. So if Hogan takes the Purple Line out of the budget, no one else can put it in.”

Oregon: Voters in Milwaukie, Oregon passed a bond measure to provide $4 million in funding for the Tri-Metropolitan Authority (TriMet). TriMet is less than a year away from opening the 7.3 mile Orange Line, which will connect Milwaukee to downtown Portland.

Rhode Island: Voters approved Question 6, a bond referendum that will provide RIPTA with $35 million to improve mass transit hubs around the state. The primary beneficiary will be the RIPTA rail-bus hub next to the Amtrak station in Providence.

Texas: Austin’s voters rejected a $1 billion bond proposal that would’ve funded a 9.5 mile light rail project connecting Highland Mall to East Riverside Drive. Supporters of the line said it would relieve growing road congestion problems which are hurting Austin’s growth. “I think in this instance it was probably the most important investment in Austin’s future we could have made,” said Mayor Lee Leffingwell. “So naturally I’m disappointed it didn’t happen.”

Opponents of the bond said they’re not against rail transit, but rather the specific alignment of the proposed line. “It was the wrong route and it was formed by values that were not shared by our community,” said Our Rail, a group opposing the bond measure. “What we do share with those who supported this measure is a resolve in moving forward with true mobility solutions that make transit a ubiquitous part of life in our growing city.”

Washington: Seattle voters overwhelmingly defeated Proposition 1, which would’ve provided $2 million per year to create the Century Transportation Authority, which would’ve been in charge of studying ways to extend the city’s monorail system. Seattle’s monorail was built for the 1962 World Fair, running one mile between the Space Needle and Westlake Center.