Dr. Anthony Perl on the Bipartisan Reality of Trains and Transit 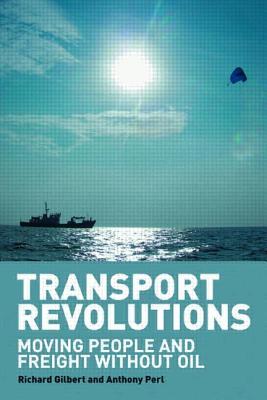 During NARP’s Fall Meeting in Jacksonville, Florida, our Council of Representatives was lucky enough to hear from Dr. Anthony Perl. Dr. Perl is a professor of political science and Director of the Urban Studies Program at Simon Fraser University, in Vancouver, British Columbia—though he started his career in transportation as a NARP intern in the mid-1970s.

One of the questions from the Council concerned the partisan impasse that has brought Congressional activity to a near-standstill, and the effect this is having on transportation investment. Dr. Perl’s response is worth reading:

“I don’t want to turn this into a partisan issue. I think there are ways to engage almost anyone who’s sane in the benefits of high speed rail. What I would suggest, I mean the Tea Party, what I know of them from afar, is that they want to bring back those golden years of double digit economic growth and they think that cutting government spending is the ignition key that will do that. I think what I would encourage people to raise or try to reason with people is… ‘You know, it’s not about cutting your way to prosperity, it’s about investing in productive infrastructure.’

“China’s economy is growing at double digits and they feel that high speed rail and an expanded passenger system is essential. Again, they’re not doing it because they read it in Trains Magazine or because they’re rail fans or anything like that. They’re doing it to keep the double digit economic growth going. In other countries that have these networks, Germany is the strongest economy in Europe and France isn’t doing so bad. Again, they happen to have high speed rail. Is it just a coincidence?

“I think the case to make with people who are, you know, focused on fiscal problems and economic issues is to say that this is not about subsidy but about growth and we’re never going to get back to, you… go back to that chart that shows how much oil is being imported and how many dollars are being exported from the U.S. economy every day. That formula will never produce double digit growth again in the U.S. So you have to get out of that addiction.

“George W. Bush, the phrase that he said that I thought were the truest words he ever uttered as President were that America is addicted to oil. So you have to remind people that breaking that addiction is necessary if they want economic growth and if the Tea Party is sincere about saying that’s their top priority then they have to rethink about this high speed rail investment a bit differently than maybe some of the other programs they’re opposed to.”