In this week’s The Economist, An article was written on the topic of another foreseeable financial bubble. This time not in the form of bundled low rated mortgage-backed securities, rather this bubble is one of “secular stagnation.” The Economistexplains the term as a time when “appetite to invest is persistently below people’s desire to save.” This suggests a permanent lid on growth. The current practice of “quantitative easing” (printing money to buy bonds), usually translates into new investments rather in higher pricing for existing assets. These higher valuations of assets in most cases spur firms to re-invest and consumers to spend money. 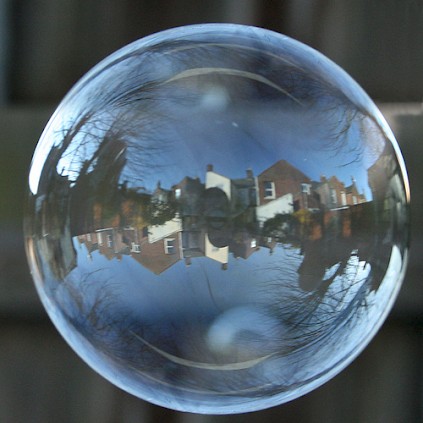 In the US today, this traditional formula for boosting an economy has not taken effect. Instead people are cutting their existing debt rather than increasing their spending. The big federal budget cuts have left firms uncertain about future demand for products.

These hazardous trends for investment and spending could create permanent damage. The Economist suggests a “three-pronged solution”. The first is for the central bankers to move towards investing into new assets rather than acquiring existing ones. Second, politicians should consider eliminating distortions in the tax code that reduce the desire for firms to invest. Third, and the most important, is more public investment in things like infrastructure which undergird the entire economy.

This is an appropriate topic because of the recent Ryan-Murray budget deal, which fails to address the issue of neglected and unsatisfactory Infrastructure. Public investment into infrastructure has a multiplier effect. The investment into passenger rail specifically yields a return on investment that not only benefits the investor, both public and private, but also the surrounding communities. It reduces unemployment, boosts GDP growth, and benefits the environment. “Greater public investment will boost economic potential in the long term and bolster spending in the short term (The Economist).”

Britain, Germany, and Japan have taken heed and are willing to make long-term investments into their infrastructure by repairing and adding on to it. Sixty years later we still act as if we’re ignorant to the solution. It’s time to wake up and try something new, something rational, something that promises results. Speak to your elected representatives and fellow citizens to inform them the need of passenger rail for all the reasons provided above. Let’s avoid another bubble, correct our current trajectory, and set a course for prosperity.