A New Ally for A Connected America: Your Local Chamber of Commerce 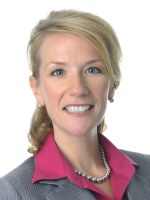 NARP has been championing the cause of “A Connected America,” where all transportation modes—road, air, water and rail—work together in balance doing what each mode does best to move people, goods and ideas seamlessly together across our states and regions as part of a 21st century transportation system.

If we as a country are to build this multimodal transportation system, we will need both public and private money. We will also need good ideas and leadership at all levels and for the private and public sector to work together to get the U.S. back to rebuilding our transportation network.

One of the private sector groups that should play an important role in A Connected America is your local Chamber of Commerce. NARP wants to work with its members to make chambers real allies, while doing something more systematic to cultivate them and reward them.

An example of this is Jill Meyer, the new CEO of the Cincinnati USA Regional Chamber. In an interview with the Cincinnati Enquirer, she was asked about the city’s streetcar system, which has faced its fair share of opposition.

“Whether you voted for it or against it, it’s here and it’s in everyone’s interest that it is a success. There were a lot of hurt feelings and angry words and people who have strong positions on both sides. Everyone is entitled to their opinion.

"The worst thing that can happen, however, is for the streetcar to fail. I know people outside of the city core think it’s an extravagant amount of money for one part of the city. But it can be looked at as a first piece of a larger aspiration of making multimodal transportation an integral part of this area."

NARP President and CEO Jim Mathews immediately sent a letter to Meyer thanking her for her stance on the streetcar project, and her larger vision for vibrant mixed communities. “Your remarks about the streetcar and the communities, restaurants and neighborhoods of the city struck a chord with me because they dovetail so well with the new vision I'm rolling out here at our association,” he wrote. “There are chamber leaders in key areas of the U.S. that are really helping to lead the conversation nationally about transit, transportation, mobility and how those things combine to drive sustainable economic success, and it was heartening to see that Cincinnati now has the same kind of leadership for its chamber.”

Mathews noted seeing first-hand what happens when the business community joins in partnership with transit agencies working on light rail and streetcars in places like Denver, Salt Lake City and Charlotte, North Carolina. “Those partnerships inevitably help spur creation of a new gateway, bringing people, goods and ideas into a vibrant downtown with safe and walkable streets where people will want to live, work and play,” he wrote.

NARP is a strong supporter of intermodal progress—heavy intercity rail, commuter rail, light rail, bus rapid transit, bike shares and links to regional airports. “This is because we've seen in communities across the nation what happens when inspired, innovative public policy is used to spur private-sector investment,” said Mathews. “When government selectively and creatively works to create the preconditions for unleashing entrepreneurial energy, through smart tax policy and public-private partnerships that unlock the power and ingenuity of private capital, the returns are tangible and long-lasting.”

Look no further than passenger trains for a model, returning about $3 in economic benefit to their communities for every dollar of federal investment; likewise, light-rail has brought a renaissance to nearly every community in which it has been introduced. “When I visited last fall with Salt Lake City Mayor Ralph Becker, he highlighted for me a streetcar line in his city that spurred millions of dollars in development that some people put as high as $9 for every $1 invested,” wrote Mathews.

Across the U.S., engaged citizens—including NARP members—often catalyzed by mayors, local political leaders and Chambers of Commerce, recognize the importance of maintaining or enhancing their community’s connections to a regional and national transportation network.

We continue to see a loss of air service in smaller markets—including drastic cuts in Cincinnati by Delta Air Lines—and the retrenchment of the intercity bus to only a few core routes that often bypass the heart of smaller towns and cities. Leaders across the political spectrum and local citizens know that only connected communities and regions have a chance of attracting the jobs and people that make an economy grow by creating vibrant places to live and work. They’re willing to put politics aside to advocate for what is needed for their communities.

So working with groups including Chambers of Commerce, NARP and its members can push for investments in intermodal transportation options. That includes rail service; air service for smaller markets; intercity, local and connecting bus service; sensible highway spending; plus bike and walking paths—all the types of transportation that meet both local and regional economies needs.

We should partner with everyone -- including Chambers of Commerce -- who will benefit from NARP’s shared vision of A Connected America. Everything we do should be win-win. Start by reaching out to your local chamber from this list here, and see how you can partner to help create the 21st century transportation system that our country deserves.